SWIFT GROUP SALES GATHER MOMENTUM IN THE NEW YEAR, AND THE SPRITE RANGE IS AN OWNER SATISFACTION AWARD WINNER AGAIN! 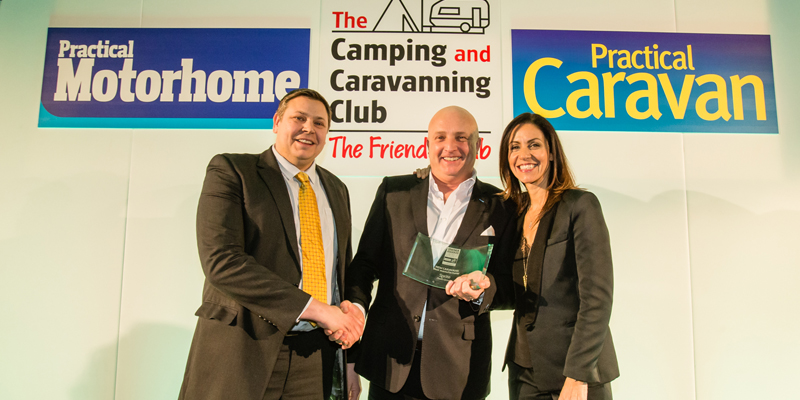 Swift Group has enjoyed a tremendous start to the 2017 season and retail sales accelerated further this January boosted by strong demand at The Caravan and Motorhome Show in Manchester. The Motorhome ranges in particular performed well with sales doubling vs January 2016.

The retail sales outlook remains positive for February with customers seeking to beat the price increase that takes effect on February 27th, the day after one of the biggest retail events of the year ‘The Caravan, Camping and Motorhome Show’ finishes at the NEC.

On show at the NEC will be the award winning Sprite range that has once again won the prestigious Owner Satisfaction award for New Caravans. This is the second year in succession that Sprite has triumphed in these awards, held in association with the Camping and Caravanning Club and Practical Caravan magazine. The results were announced at an awards dinner hosted by Club President and TV presenter, Julia Bradbury.

Group Commercial Director Nick Page was delighted “At Swift we prize Owner Satisfaction awards above all others, for Sprite to win in 2016 was tremendous, to win again in 2017 is testament to the innovative approach, build quality, stylish design and value we pride ourselves on at Swift. It is these attributes that are the bedrock of the strong sales performance we have achieved so far this season and it bodes well for another successful Caravan, Camping and Motorhome show in February”.

Julia Bradbury said: “Potential caravan buyers trust the opinions of other owners above anything else. That’s why the results of the Owner Satisfaction Awards are so important. They help fans of camping and caravanning spend their money more smartly, and help manufacturers and retailers improve their products and services.”